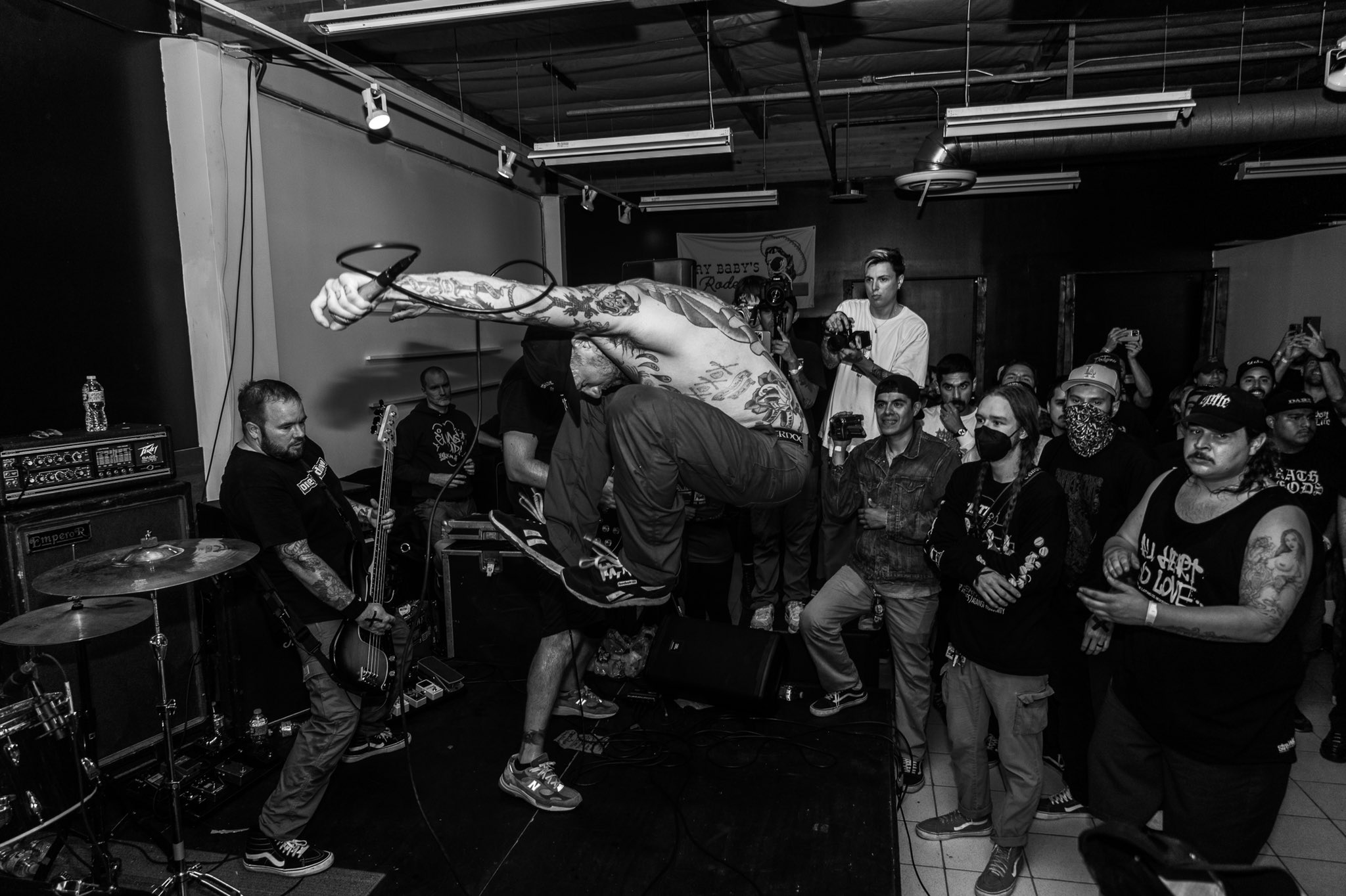 Seeing the impressive track record of Inclination’s band members (Knocked Loose, Harms Way and ex- Expire) and guessing the busy schedule that they must have, it seemed almost obvious to me that Inclination remained thath kind of recreational project although very promising.
But I will have waited until 2022 to admire the collapse of my certainties with the release of the sublime Unaltered Perspective, first album of the Louisville combo and probably album of the year.
| By Nino Futur

After already two solid EPs released respectively in 2017 and 2019, Inclination laid the foundations of a severe and excessively heavy metallic sound paying homage to the finest efforts of the “Edge Metal” scene (derived from the hardcore which during the 90’s inculcated an ecological and philosophical discourse though an uncompromising hardcore metal).

Culture, Morning Again, Earth Crisis, or even Unbroken, so many names that have marked in one way or another the convinced hard-core punk microcosm through radical discoursse or questionable but always indignant postures or actions for tommorow. Inclination makes part directly in this line.

Although not very inventive on the musical level (S/O hardcore alas…) it keeps a speech and an approach which beyond the music seeks to federate and question. Great defenders and carriers of the straight edge Olympic flame, Inclination are convinced and try to convince. Not to pray Minor Threat three times a day but to show reflection and independence from social norms and patterns and calls for a class awakening.

Opening with a morose acoustic guitar and a spoken word, as a dissertation intro, the singer warns us and outlines what awaits us during the album.

The rest, we all expected it, a serie of relentless beating caught in the ropes of the ring for the next 30 minutes to come. From the already cult opening “Epidemic” and this science infused of riffs, to the poisonous “Thoughts and Prayers” or even “Whithout a Word”, the word efficiency at all costs has never been so appropriate.

The global production of the album sounds profusely modern and thick and lets decipher every riff and pattern. The guitars drowned from beginning to end in a molasses of chorus give a particular color to the thing participating in its threatening and cold aspect.

rom the most steroidal hardcore (“Thoughts and prayers”) to almost neo-metal influences hiddenly assumed (the break of “Epidemic”; “Predermined”) passing by an almost cold wave interlude (“Segue”) to the very One King Down’ish “Whithout a word”, the range of Unaltered Perspective is wide enough to snap up anyone interested in extreme music on its way .

Closing on the same acoustic guitar as during the introduction, the last drops after the storm, Unaltered Perspective ends and leaves us bruised certainly but pensive afterall.

Although quite conventional and codified in its musical aspect, Unaltered Perspective raises questions and positions with which we can all identify: our relationship to mourning, to the social dictates that we follow in spite of ourselves, soberness, capitalist profit from medicines, drugs, companies, to class privileges, or the struggle against ignorance, against ourselves. An album which, despite its lack of risk-taking, marks the spirits with the radicality of its words and is perfectly anchored into the hindsight of our post-modern era. An instant classic of the genre.

« A desperate time and place A country in an epidemic state »