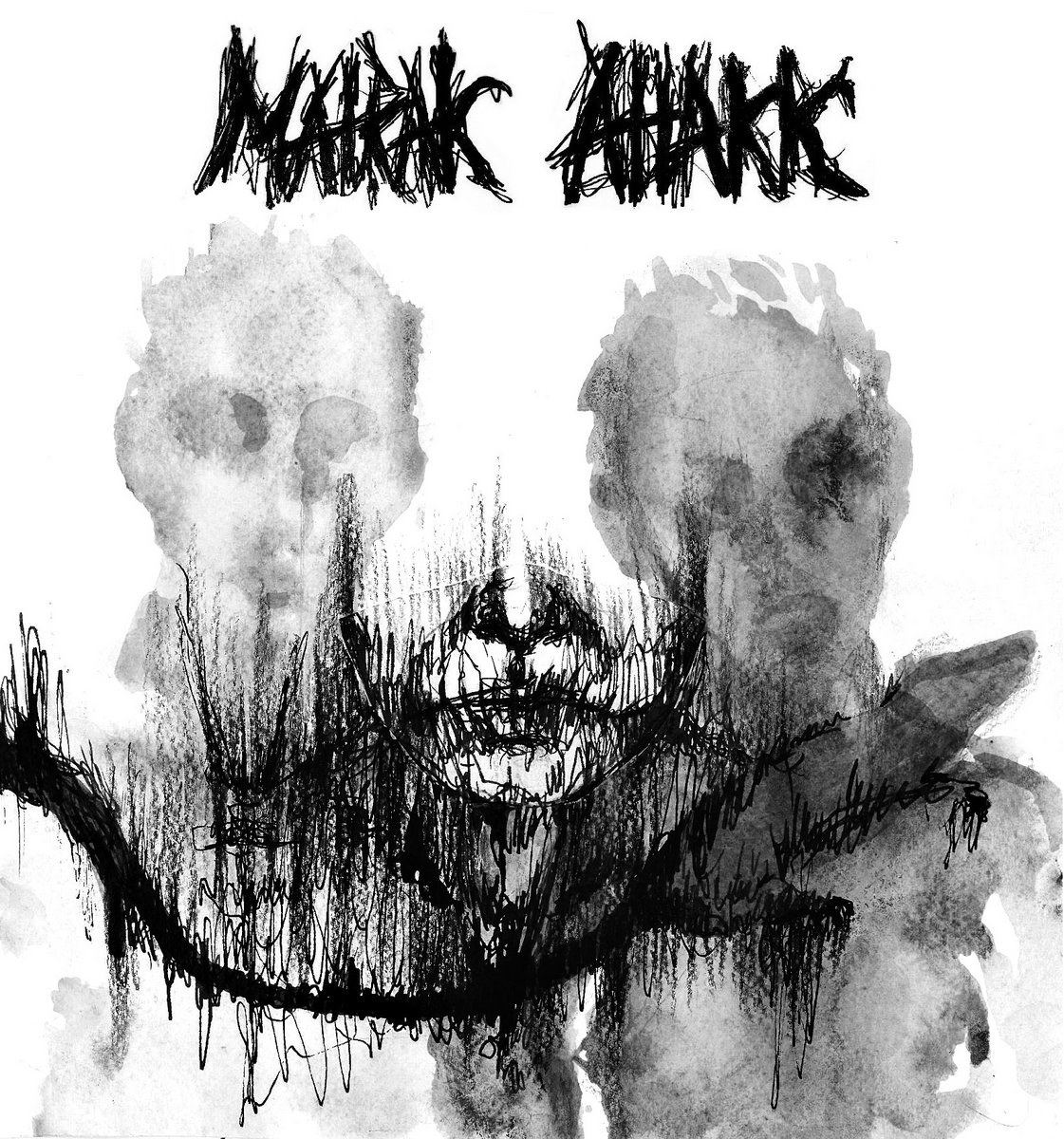 Journey to the end of the night of punk.

Before you go on and read this chronicle — which isn’t actually a chronicle —, just ask yourself this question and try to answer it seriously, as spontaneously as you can, without lying (to yourself). Why do you listen to punk ? No, no, it isn’t trivial ; it’s fundamental. I mean, what’s your actual interest in punk ? So ? | By Germain — Trad: Julie B. / Alice N.

First of all, I think we can split the responses into two categories : the one regarding the strictly musical aspect of it, and the rest.

Because yes, we can indeed reduce punk to a musical genre. We can feel close to it, and prefer punk rather than another genre.

It’s subjective, it’s not particularly indicative of a good taste, but I mean why not, while we’re at it…my neighbour listens to post-punk.

As for the rest….

Well first let’s get rid of the tabooooo, since I guess no one daaaaares to mention its potential dangerousness anymore, it’s merely a joooooke : punk doesn’t scare anyone today. It’s not the popular districts’ soundtrack anymore. The musical industry has changed playground a looooong time ago. Even the outdated image of a made in London postcard, symbol of thrill and decadence, doesn’t ring a bell today. I even come to regret the fact that it used to be a kind of unifying « look », sort of artificial and provocative ; now it’s, at the most, some absurd low-cost wig. It’s not a marker of social status anymore, a symbol either addresses to you or to others that voluntarily integrating you to an inseparable peer group. That same social marker was an insult, a threat, a rejection, a claim…
My neighbour—he’s a banker, I don’t know if I mentioned it before— is tattooed and wears ear plugs.

We can also recognise its horizontal values, its way of functioning, its relationship to money, to solidarity… Well, sure, it’s not specific to punk anymore, I mean my neighbour — who’s still a banker — organises open-prices teatime snacks with DIY piñatas and pirate activities for the kids of our residence. I know it ; I read it on the invitation card, where he explains enthusiastically the meaning of « no profit ». It’s playful, it’s funny, it’s so in. Oh and by the way, his kids are not going to the local state school, they go to a private school from the old school mapping, but you know, that’s another subject. Most of the punk ideas are now widely debated (and that’s good) in the public sphere, making them less radical, more commercial, hyper, cleaner, more bankable; My neighbour — you know, the banker guy — is a vegan. He loves organic, highly expensive, useless, not-so-carbon-footprint-friendly vegan stuff that he buys down the street.

Well, he didn’t use to live here, it was a poor district, left abandoned, inhabited mostly by immigrant people, but don’t you worry, now it has a barbershop and a fix-your-bike shop…

Punk got outstripped by young determined activists, a new generation embracing its radicalness, who dynamited the codes, the militant hierarchies, the vocabulary.

Deconstructing the relation between the oppressors and the oppressed in a more personal articulation, which leaves an autonomy to not relate to the punk movement (even historically).

To be clear, the occidental punk movement doesn’t have a consistency anymore, or an actual influence, or importance. The past idealised punk has changed (yeah, normal), it has aged, and its evolution made it slowly disappear ; and it’s okay because punk doesn’t mean anything anyways. It’s just how it is. Punk is dead. It had dissolved in chloroform, conformism and in the mutations of new ways of fighting.

Now, if you form a band, just wonder about the sense of it. I mean, it’s true, right ?

Why do we still make punk bands ?

For ourselves, to get this transient aura, for narcissism, for distraction, to be a part of this big Entertainment Firm, because it takes us away from our daily dull life, to feel alive ?

What are your interrogations, on which side of the show do you stand, in this ocean of privileges ?

The rise of social networks has created a new visibility, it has put to light what had been living in the darkness and clandestinity during all these years. Sociologically, I think a new category of people has invested these spaces, people who are more socially privileged, who don’t reject the concept of work, who are more comfortably inserted in society, with a better family situation, scholar situation, financial situation, and they live punk as an entertainment, an artistic hobby with just a little pinch of politics. And they bring their expectations, their class codes, their marketing strategies, their sense of competition through music. And it created a blur. It’s bringing punk right back to the place it originally wanted to escape from : a closed circle of connaisseurs, of people who don’t doubt, in the world of superficial aesthetics and expensive disks. By the way my neighbour he…well you know…he’s in a screamo band.

As for the fundamental « principles », well, punk has become a research subject for university studies. The experts took away its discourse. It’s not a state of mind on the side of life anymore, it’s a study of the past, therefore on the side of death. No justice no peace. No nostalgia, no regrets. The important thing is, safe spaces still exist, places of speeches and fight, spaces of representation… whatever you wanna call them. It’s just that…I’m still affectively attached to punk, it’s been a refuge to me, a place where I could breathe in, reinvent myself, a place where I didn’t feel spied on, where I wasn’t constantly wary. A place with a common political base, a place of pride, of exploration, of voluntary confusion, a place of rest, of particularities and singularities. A place of assumed loose, a place to be and to become…

And there’s the link between all this and Matrak Attakk : M.A. is one of the last spaces of punk resistance. The link is the anachronism (and not archaism), or maybe the anarch-ronism, which means the punk that embraces today. Their vision of punk is a vision of a community that is capable, through individual or collective speech, to develop a reflexion, an argumentation, a reassurance. A discourse without judgement, a discourse that stands an anti-dogma statement : M.A. is out of time, far from actual concepts such as succeed ; their band’s name is living proof of that, right ? Ah ! Ah ! M.A. has played, plays and will play everywhere, it’s their way of building (themselves). They live together. M.A. has grown as a collective experience, between intuition and repetition. Punk is a whole. To squat and to register DIY. A home to live in and to create in. I’m convinced that they’ve got more text subjects than compositions. Music will come later. It always seems like the howling voice wants to go faster, to get out of the frame. Urgency.

What the fuck is under the spotlight?

Then a recent line-up change, so we swap instruments, and take A. from Organes-frit man on the adventure.

The album opens with a text read in Italian that sets the tone and perfectly sums up their anchorage :

“therefore, all fights must unite, and there should be no borders between the fights. Feminism must also be inclusive and intersectionel ; sex worker, trans, asexual, poor, black, lesbian, disabled, stranger, warrior : let’s unite against the hetero-patriarchy that oppresses the ones that don’t belong in it! Let’s free ourselves from the masculine collective consciousness that opposes one against the other. We take sexual pleasure as a diversified and individual right. when the sun sets on the old values, I wouldn’t want you to be alone. And you won’t be. “

Then the voice barks, or at least that’s really the way it feels

Personally, I wouldn’t get my hands too close. It roars and howls as it always does, but the music is more captivating, it’s anarcho-crustcore and it goes faster and faster, always staying right on the verge of salon good taste. The register here is coarse, not meticulous or precious. Singing like breathing, on the drums, it gallops d.beat to catch up her.

Sexuality, anti-abolitionnism of sex work, anti-transphobia, soft power and media control… Putting punk back on the center of the subject, the important thing is taking the other into account (which also is the subject). There’s also a central theme (already discussed by Christina with Vulva Dentata and Ortika) : anti-psychiatry. There’s a whole social construction of « mental illness » that applies to what is/thinks differently, and the fault is put on the individual, we go from suffering to pathology, and you get trapped in a diagnosis, and you become a symptom. There’s a pharmaceutical capitalism, a chemical and symbolical camisole. I still wonder about the antipsychiatric movement, the texts make me think :

Your wounds are not illnesses.
Your psychiatrist is selling and is payed for it !
Your pain is superior to the normal rate
And if you don’t face it, it tends to get worse !
capitalist psychiatry
it kills us and you know it.
lying, selling, making money.
What do you think, are you in or not ?

Always keep thinking, interrogating, punk is a place of debate.

Oh and if you had a little bit of trouble answering the two questions asked at the beginning, just remember…I’m certain that Matrak Attak didn’t.