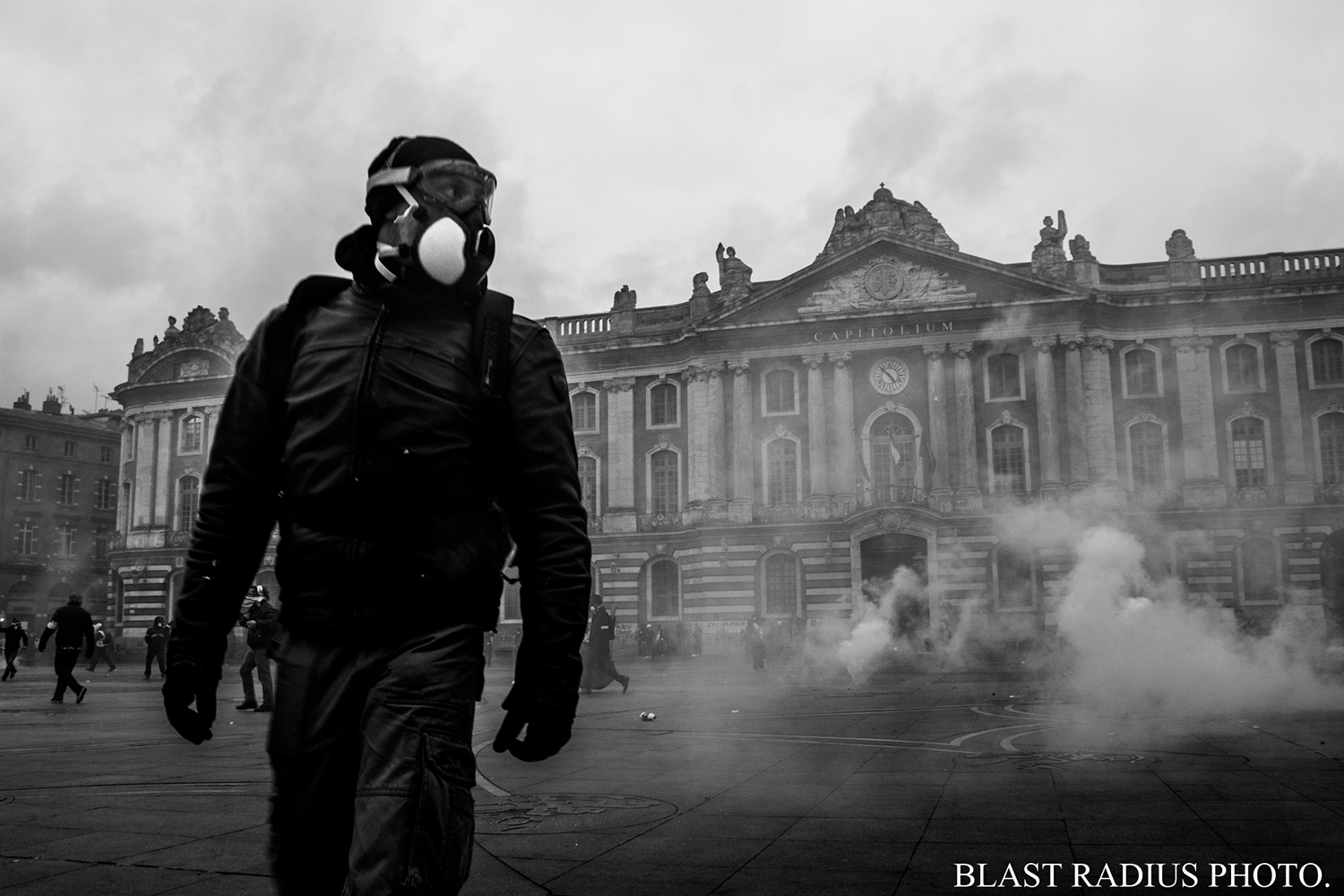 Is he British or American ? Is it that he often acts in a deadpan manner, or regularly acts serious ? Does he pretend he doesn’t speak French so that he can collect informations from the most interesting conversations ? |By Polka B (Trad: Julie B.)

One thing is certain : Jesse Overman masters the art of capturing movement. Even though he is more used to concert halls, he pulled out his camera lens during the Yellow Vest demonstrations in Toulouse and Paris. Here are some bits of his urban wanders, in the chaos of flashball shots, of screams, in the flood of grenades and lacrymal gaz.