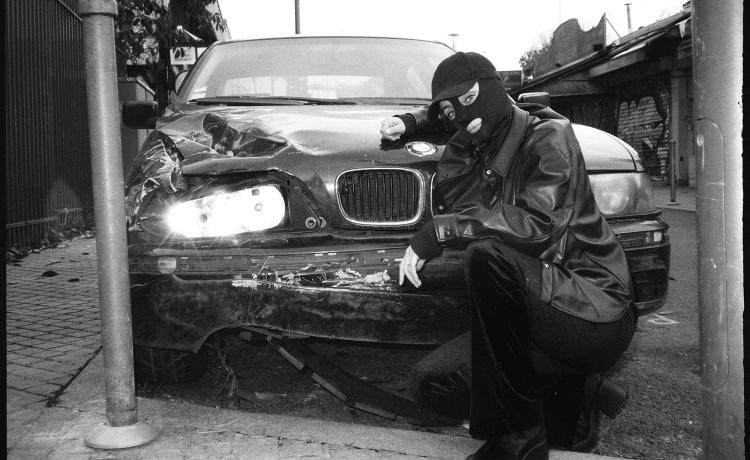 Noir Boy Georges, Oi Boys, Maria Violenza, if those names are familiar to you, it means that deviance and noble wilt make part of your aesthetic and musical tastes. These artists proves that it exists a way to do, which will always connect more with the punk spirit and the dirty urgency that emerges from their musical atmosphere. Lila Ehjä seems to be apart of it and make her way alone as a one-girl-band and propose us though her first EP « Yö », a narcotic and coherent landscape. | By Nino Futur

As the post punk revival phenomenon does not seem to be that much praised by the trendy medias anymore. That the drum-machine use gradually regain his status of old-fashionned stuff. And that Idles seems more like ephemeral trendy-brand models than punk rage resuscitators.

We will give a little slack to the post-punk scene, which seems to be resting on its one laurel. The whole scene ? No !

A handful of irreducible spleeners are making their way out of the spotlights, keep bleakness on the right track. And just this once those artists are complete D.I.Y and indulge in the most sordid and honeyed musical afflictions.

Close from the Jessica 93’s musical spirit (long time no see from him btw) the young parisian artist starts the figh with the hazy « Troubles » that will immerse you into the pungent layers of « Who Cares » (2013) the first album from Jess93. The tracks and ambiances are as cold as reconforting and everything seems to gently float around us like into a shy vortex.

The bass is cold and definetly goth (« Hit the city », « Kolyma »), drum machines are hypnotic («Touch the Leather ») and guitar serve more as subtle ornaments to hook your ears and mix itselfs into the machines sounding not very warm.

So many adjectives to sum up the « Yö » sound range as pleasant as muddy.

The musical ambiances of those 7 tracks are as much dark than fluffy plastered in a kind of elusive velvet that would put us in a state close to trance.

The voices are really soften and fades into the ensemble. As usual a strong reverb drowns everything, for a result more sensual than from outter grave. We obviously think about Mazzy Star (an assumed influence) or Boy Harsher than traditionnal post-punk.

The sensual and plaintive voice, but yet out of the pop cliché plays a lot in the balance making the sounds pleasant and airy (« Troubles » and « Touch the Leather » will perfectly show you the strength of this velvet mud).

A totally indie project that has already been partly praised by the specialized press, which deserves to grow and we hope, will add new strings to its bow for the years to come.

While waiting to have the opportunity to see her live, we will still listen to a little “Yö” to appreciate the winter cold. Cold yes, but just as warm “Yö” runs through the pores of your emotions for better and for worse.