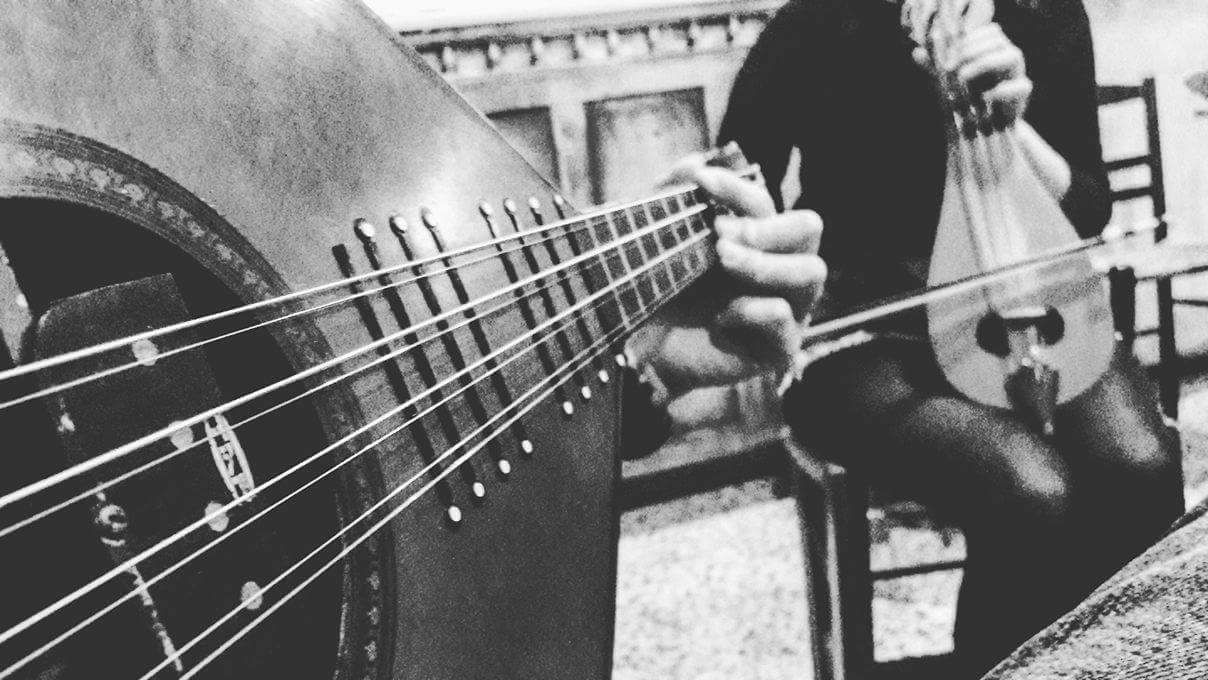 Young female rapper Aeon is originally from Crete. At only 19, her musical maturity, her high-quality narratives as well as her ability to shape a whole unique universe are astonishing. With this first LP, she introduces the basis of her aesthetic, between nineties hip-hop and Greek traditional musics. | By Polka B & Alkistis.A (Trad: Julie B.)

This album was actually imagined and created by Aeon by the end of 2017. She was only 17 then. How is it even possible to show such musical maturity at such a young age ? To understand such a precocious talent, we are going to need a little turn back in time.

She started playing the lyre when she was 9. Her mother was a great musician, renowned in Greece because of her classical guitar performances. Already interested by the sort of chaos she found in traditional music, Aeon felt a certain glimpse of magic in music from diﬀerent cultures. She carved this taste for rich, abstract, versatile things in her own name (in Latin, « Aeon » deﬁnes a shape with no deﬁnite aspect). Hip Hop music came into her life through some friends from her village. It found her in public places, squares, parks. She wasn’t used to rap music back then. She listened to her sister’s punk CD’s. The band Stixoima inﬂuenced her a lot. Their album Μηχανές was a mix of rock songs and political revendications, taking the shape of a storytelling. To her, this narrative seemed like the most eﬀective way to spread her word. So as soon as she discovered the amount of hip-hop beats available on the internet at the age of 14, she decided she would use them to write her own message. To talk. To say something. It is this visceral need for expression, this spontaneity, that is at the heart of her ﬁrst album.

There, she shares her views on society, on men, on love, in a poetic yet radical way. Her texts are full of metaphorical and revolutionary images. She plays with words, and plays on games such as chess, the hangman, tangram, or the spinning top. In the excellent song « El », she associates the position of the white King on a chess board to the oppressive forces of Greek police. On these black and white chess cells, humans become pawns in society. Indeﬁnite words and shapes don’t ﬁt in the norm. On the ﬁfth song of the album (« Αίνιγµα », for « enigma »), Aeon takes us to the sea, on a boat to a dream cruise despite the bad weather. A melancholic journey on a beat by the band Χαΐνηδες (the « Chainides », an ensemble of folkloric music and traditional melodies from Crete — The band’s name comes from « Chainis », which means « the rebel fugitive »)

Her universe still is in construction, building itself : All the melodies are borrowed to other artists. On her next album, Aeon works on developing her own productions. Now based in Bulgaria, she is learning new rhythms and composing her own melodies with her lyre. To be followed !