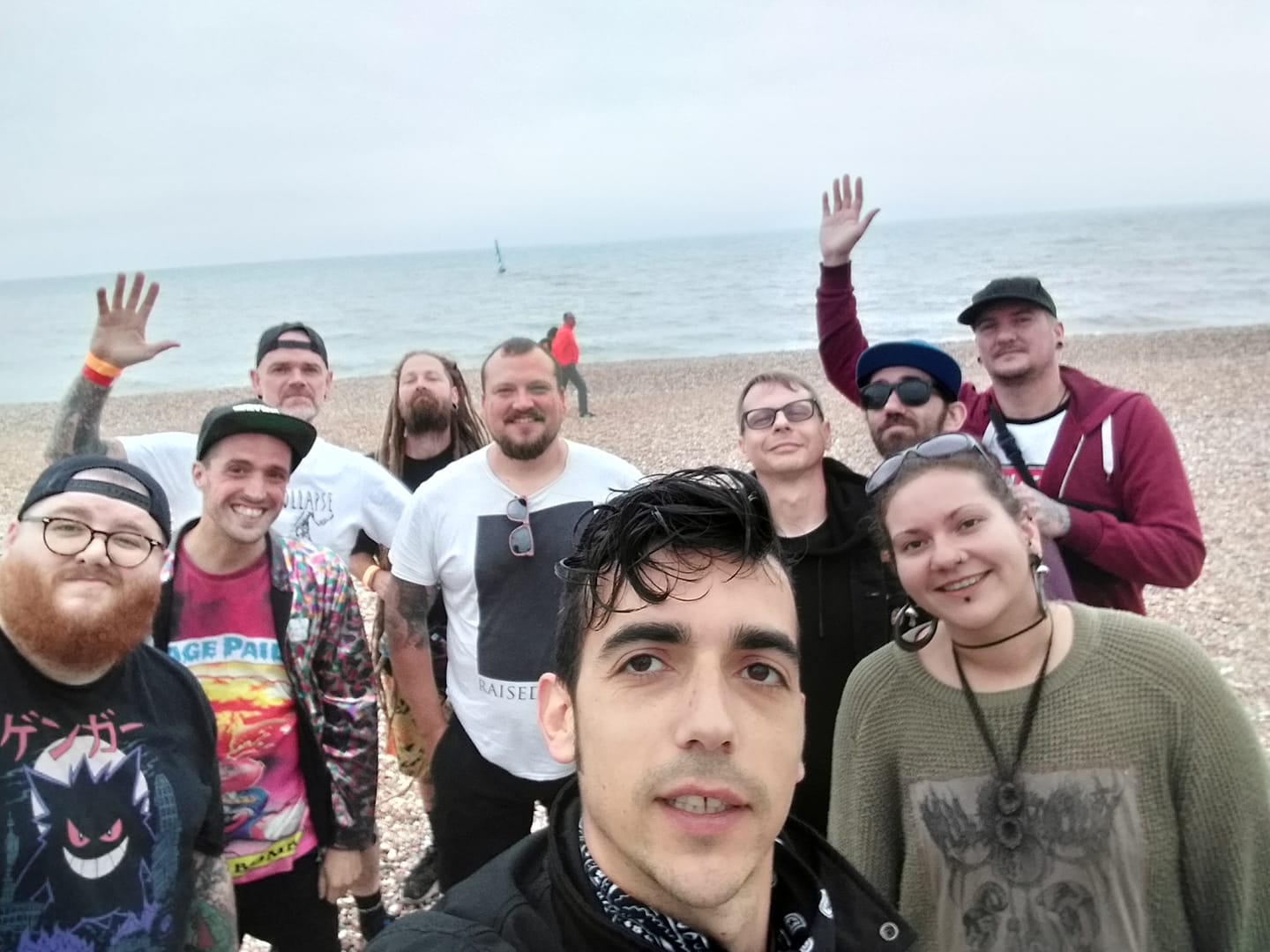 During last september, the Lille’s fast-punk act Jodie Faster made it strong braving covid restrictions and all the potential Brexit-shit troubles ! Moreover England’s not an easy destination for touring D.I.Y. bands. We thought that Jodie Faster could bring to us their experience ! So No Gain Just Pain, or what ? | Interview by Polka B. / Translated by Nino Futur

CHow this UK tour with two other bands, (Rash Decision et Pizza Tramp) have been set up ?

Clément : I toured UK a lot with my past bands because we organised a gig for an english band in Lille. I was younger by the times and totally impressed.
It showed me that there were motivated people who can make a lot of things in total independance. Since the beginning I was motivated to play there, but my friends not that much…

Mika : That’s true, by my side I only had negative feedbacks from friends who played there. For them the hospitality was not their thing. Food, sleeping more like « van night », you’re always underpaid…

Clément :The thing was that by my side, I’ve already welcomed an English band in France. And this makes the difference. When you host people at your place, they will return you the favor. With Jodie Faster, we booked a gig there in 2019 at the Manchester Punk Fest. It was a real luck to start over-there. You’ll find the whole local hardcore punk scene there.

You got directly a lot of visibility because all these D.I.Y. people are setting shows in clubs for their town.

And for the rest I had enough contacts to set five more gigs. The label Toxic Wotsit booked us in Hastings. They have so much contacts, that it opened a lot of doors for us ! One thing leading to another we met Pizza Tramp,and made them play in France.

Mika : And also the label TNS Records is co-organising the Mancheter Punk Fest and this label corresponds perfectly to our music.

Clément : After our gig in Manchester, they helped us releasing the Blame Yourself LP. They also participated to the re-press of our first release. When we came back after two covid years, we directly saw the difference ! There was a real wait thanks to TNS…

Into the DIY punk scene, does the UK audience have a different approach of it compared to france ?

Clément : The ambiance is particular. They are pretty closed about what’s going on outside. But at the same time, when they find a foreign band which make them agree, they can get excited pretty fast ! But they are also pretty open minded in another hand… They can enjoy as much a technical skate-punk act than the sound of a band who’s bad but have good lyrics !

Mika :The scene’s inclusive. It’s claimed all over Europe but in England, we see it for real. Lot of girls in the pit and everything goes well. It’s a normal thing.

Clément : People there are fond of punk and rock’n’roll in general.

You got all types of persons and all ages. We feel that this is their culture. They go to a concert like we can go to cinema or restaurant. They developped a real critical mind by dint of seeing that much concerts. They are like connoisseurs, whithout being on the « elitist » point of view of the thing.

Mika :We were touring with friends, so we slept in people apartments... Classic shit ! We were a lot and it was cool.

In general, it was houses of people playing in bands and knowing the touring life. They welcomed us like they would like to have been welcomed.

Clément : I think they took conscience of this difference with Europe. It’s true that sleeping in the concert venue with lean french fries as meal… but maybe our vision is biased because our band is becoming a little bit more popular. Anyway, they say it by themselves that they’ve been rethinking about this.

Mika : It’s the same everywhere I guess.. you need the good network and the good contacts.

And about expenses ? Was the ferry a little expensive ?

Mika : Not only the ferry’s expensive ! We had to pay for about 125€ of PCR test each person !

Clément : They opened the health system to free market… it hurts.

Mika : We still managed to get by with just 100€ of earnings ! Thanks to our merchandising. We printed our T-shirts there. It permished to us to bypass custom officers with an emlpty van. Whithout instruments, Pizza Tramp and Rash Decision lended us everything. So we avoided all the Brexit taxes.

Clément : We made it thanks to the line-up. There was a lot of bands, so all the venues were full. I think that we were also one of the first foreign band to come playing UK despite covid and Brexit.

Mika : The organisation was complicated. Like, inevitably you have to be vaccinated. You have to make tests before leaving, and prove that you have appointements to be tested later… and for sure, paying the tests ! Whithout all of this, no visa.

Clément : In fact all the controls were covid-focused. I think if we had our instruments, we wouldn’t have any problems…

You played in clubs. How was the ambiance ?

Mika : The spirit’s not the same. You can turn your amplifier at maximum volume ! We figured this out when English bands were playing Lille… They’re playing ten times too loud without knowing why ! (Laughs) We had no problems with it.

Clément : There, you just have a microphone for the kick and the snare. Into the P.A you only have voices. So you can turn it loud. Every venue is well equiped. You have backline in every spot. You can just come with only hands in your pockets…

Oftenly in small towns, you’ill enter in a pretty clean ground floor which is the pub. And when you get upstairs, you’ill find the concert venue, where the gigs are organised.

Can you talk about the Wotsit Called Fest ?

Mika : It was pretty fun. We met again approximately all the people we met during past gigs !
England’s not that big in fact..

Clément : It was awesome. Like a friends reunion.
The ambience was crazy. And we discovered a good band : Shooting Daggers.

Do you plan to keep the Jodie Faster name alive in England?

Clément : Sure ! We already have two festival offers for 2023 so we will not deprive it. Plus the TNS support. For the moment this is the place where we have the biggest audience.

Mika : We’ll have to check the Brexit evolution ! We’ll see…

What would you recommend to a band awaiting to play there?

Clément : You have to make easy-to-sing choruses ! Seriously we had a lot of feedbacks on our lyrics. When you come from Europe, we tend to under-estimate the weight of english lyrics. It’s their mother tongue so the expectations are different.

To play in England, I think you better contact bands that are in the same vibe as you. Create exchanges ! English people already have a lot of incredible bands, but they are knowledgeable enough to spot the right bands to play their scene.